Glenn has been on the Woodturningcruise three times already and we are happy to announce that he is back on board again! He is a great demonstrator and he knows how to teach you to turn. He is happy to share his woodturning knowledge and has plenty of useful tips.

On this cruise he will be one of the instructors in the classroom dedicated to instruct passengers in the skill of woodturning.

A production turner from Ireland, Glenn has been turning for thirty years.  He has gained an international reputation for his unique approach to bowl production.

Highly efficient at the lathe he produces large quantities of bowls and platters each year for some selected stores and galleries but now mainly to sell from his website and studio.

Glenn is invited annually to teach and demonstrate at major events around the world such as Arrowmount college Tennessee, Utah symposium, AAW symposium and the AWGB seminar to name just a few.

He has produced a series of highly successful DVDs which many may know already. During the pandemic he was also very active giving lessons online. Now you can spend time next to him at the lathe, or get tuition one-to-one.

A well-established production turner specialising in utility ware, Glenn Lucas balances his production of classic bowls and platters with an extensive teaching program run from his bespoke ‘Woodturning Study Centre’ in southeast Ireland. Hundreds of people attend his masterclasses as well as private tuition annually.

He started turning in 1990 in his teens, and turned passion into profession in 1995. Producing thousands of pieces each year, he supplied shops in Europe and the USA and participated in international exhibitions, including SOFA Chicago, London Design Week, Philadelphia Museum of Art Craft Show to name but a few. Many of Glenn’s one-off exhibitions pieces are in collections around the world. In 2017, Glenn was part of a skilled team who worked a high-profile sculptural commission with Lufthansa. His finished pieces are available through his online gallery or to commission.

Pre-covid, Glenn toured worldwide as a visiting demonstrator. In 2010 he released the first in the DVD/download series ‘Mastering Woodturning’, covering techniques of turning and some popular projects.

Glenn has a reputation for efficiency and having an in-depth knowledge of wood and the tools of the trade.  A range of Glenn Lucas Signature Woodturning Tools was launched in 2011 and are in use in woodturning workshop all over the world. 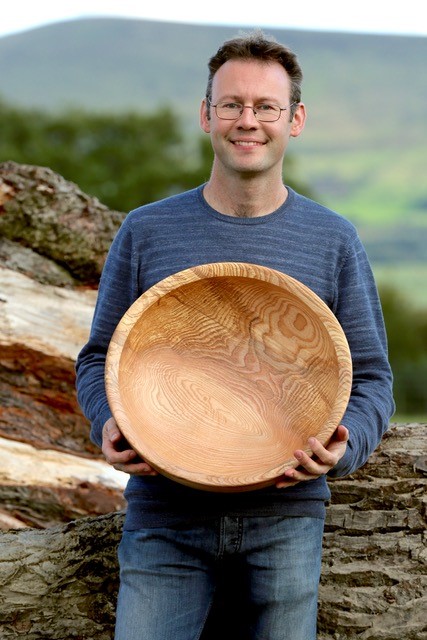 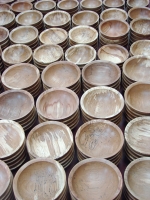 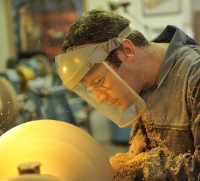 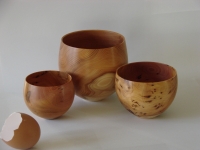 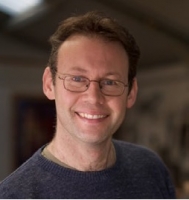