MS GANN is owned by a private school in Stavanger which educates young students to be sailors. During the school year they live onboard, study and get tuition in navigation, deck work, catering and much more. Most of the students will find a job onboard a Norwegian vessel after 2 of 3 years of education. Many also continue at other schools aiming for a more specific profession, maybe as a captain or chef engineer.

The school has used several different ships during their 65 years in business. The latest one was bought in 2007 from the Hurtigruten company. This is the largest ship they have ever had, and it can accommodate more than 200 people. And there is lots of space both indoors and outdoors for activities. Since they bought the ship in 2007 they have done quite a bit of upgrading and adjustments to make the ship more functional as a school ship. The latest update has been done just recently and it can now run on Hybrid Power, batteries and electrical propulsion for shorter distances. This has been added so they can educate the students in this new technology and also sail with a more eco-friendly style.

Since the school is privately funded, with support from the authorities, it is necessary to arrange cruises during the schools holidays in summertime. They have a long tradition in organizing cruises for passengers, sailing along the Norwegian coast up to the North Cape and to other destinations.

The reputation for a cruise onboard the MS GANN is recognized as a crossing in good company, a relaxed environment and great food. Most of the crew onboard, and especially in the catering/housekeeping area, are volunteers, to help funding the school. A truly remarkable effort is done by these people to make it a great cruise!

The Woodturning Cruise has been arranged a few times on the old ship, and several times on the new ship. Latest cruise took place in 2018 and it worked out very well! We are sure that this next one will be at least as good! 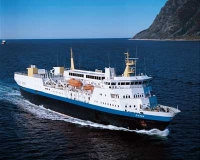 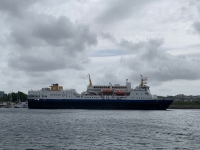