Odd Erik is the Owner and Managing Director of WWW Verktoy AS based in Stavanger, Norway.   WWW VERKTOY AS specializes in the distribution and sale of woodworking, wood turning and wood carving tools and supplies in Norway and throughout Scandinavia. While this may not sound glamorous, over the past 16 years, he has grown from a small, local company into a highly respected, successful world famous operation through his unique marketing skills.

On a national level, WWW VERKTOY AS has promoted and grown the world of wood turning and woodcarving from virtually nothing to become a popular industry, allowing users to make useable, utilitarian objects or release their creativity into making works of art. When he started WWW Verktoy AS, the products required in the manufacture of wood turning and carving were not easily available in Norway.   In the mid 1990’s he recognized this niche and convinced the company he was then working for (Ogreid & Sonner AS) to start a small wood working tools and supplies division within their organization.  While he was growing the business locally, Odd Erik had another bold vision to expand the business throughout Norway but it would require tremendous persistence and entrepreneurial spirit to overcome the huge odds required to make his vision become reality.

The best way to sell their products was through mail order and demonstrations.  He realized that this could not be done through the existing road and rail network due to the nature of Norway and long distances. The idea of chartering a ship, filling it with passengers, woodworking tools and machinery, hiring some of the world’s top demonstrators, turning it into a floating trade show, and traveling along the magnificent western coastline of Norway was the solution.  He dreamed that every day, the ship docked at a different port, locals would come on board to watch unique demonstrations by the best of the best and buy the latest equipment available.  Who would have ever thought this ambitious yet crazy idea would ever work? Despite huge odds, on May 18,1998 his vision became a reality when the MS Brand left Stavanger on the first Norwegian Woodturning Cruise.  And 13 years later, in August 2011 the now world famous Woodturning Cruise was on it’s third, larger ship, the MS Gann making its 5th historic cruise. The sixth voyage will take place in 2014.  In addition to daily demonstrations at each port, passengers learn to turn on the high seas or participate in many other creative art forms (felt making, knifemaking, woodcarving and more), a magnificent rotating art gallery displays beautiful works of these different art creations and an end-of-cruise auction has generated over 150,000 krone to the Norwegian Cancer Society.

The Norwegian Woodturning Cruise is a much sought after booking by world famous demonstrators and top manufacturers. All five cruises, each lasting 11 days, have been sold out with passengers from around the world arriving and leaving from Stavanger. On the 2011 cruise, passengers representing 13 countries from four continents were onboard.  The cruise has been written about in countless magazines and newspapers throughout the world, as well as highlighted several times on national television.  The Prime Minister has also acknowledged the importance of this unique cruise with an on board tour a few years ago. Odd Erik Thjomoe, WWW Verktoy AS and the Norwegian Wood Turning Cruise are now synonymous with each other in the world of woodturning and woodcarving.

Two important milestones in this story occurred in 1) 2000 when he organized the business relocation to a new larger stand alone building in Stavanger to accommodate it’s ever growing expansion and 2) in 2005, after the third cruise, Odd Erik bought the fledgling but expanding business, and became its Owner and Managing Director.  His company continues to thrive and expand to new markets in Norway and overseas, along the way establishing strategic alliances with major industry companies throughout around the world.

In addition to his established tools distribution and sales division, WWW VERKTOY AS has a wood turning education center within the company premises where classes are regularly conducted in the many beautiful forms of this craft, from beginner to advanced levels.  Odd Erik brings in world famous craftsman and artisans as instructors from Scandinavia, Europe, U.K, Australia and the USA – and his classes are always full with students from around the country. 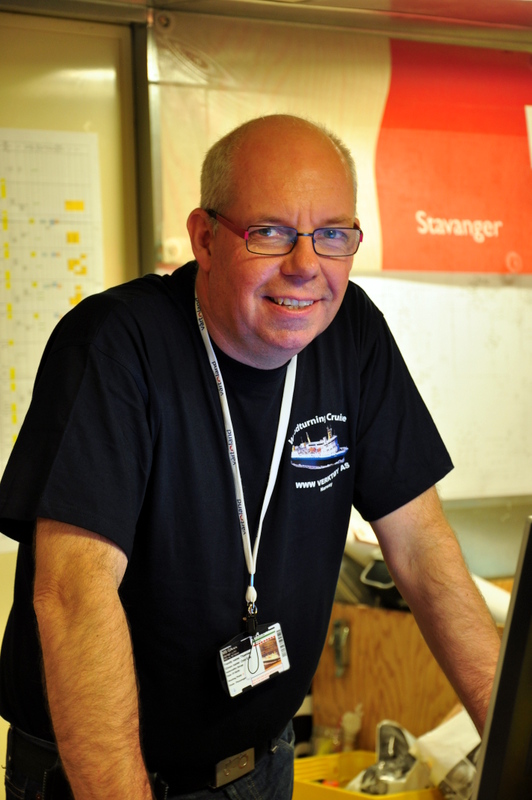